Newtown Teen Identified as victim in I-84 crash 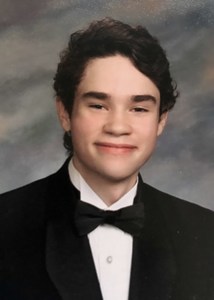 I-95 Radio host Jose Echevarria reported earlier today that the lone victim of a crash o I-84 near exit 8 last Friday evening has been identified as 17 year old Liam Declan Devine of Newtown, Ct.

According to the Connecticut State Police, 17-year-old Liam Declan Divine was headed west on I-84 at around 10:24 PM on Friday (January 17) in the area of exit 9 in Newtown when, for an unknown reason, the Mazda 6 he was driving left the roadway and travelled up a grass embankment before colliding with a tree. Police say that once the vehicle came to an uncontrolled stop facing south, the car became fully engulfed in flames.

When first responders arrived on the scene, Devine was found to be deceased.

According to Liam's obituary, the 17-year-old was a very talented honor student at Immaculate High School in Danbury, and was recognized by the State of Connecticut as being a gifted individual. He was an avid sports fan who enjoyed graphic design and had received many merit awards for his superb academics.

Anyone who may have witnessed the crash is asked to call Connecticut State Police Troop A at 203-267-2240, as case remains under investigation.