Lamont to fine party go-ers, party organizers and those that violate the State's mask order 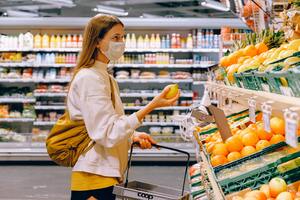 On Monday Governor Lamont announced his intention to issue an executive order authorizing local police, elected officials designees and local public health officials to issue fines to those that attend parties over the set limits, those that organize parties that exceed the limits and those that don’t wear masks in appropriate social situations.

The aim is to cut the COVID-19 infection rate that inched over one percent the last week.

Currently indoor gatherings of up to 25 are allowed and outdoor gatherings can not exceed 100. The governor said a $100 fine will be implemented for individuals who do not follow the state's mask order and for those organizing an event that exceeds size limits, it will be a $500 fine, while those who attend those events will have to pay a $250 fine.

The Governor said he will issue an Executive Order later this week authorizing the fines and the date those fines will go into effect.