Details
Published on Thursday, 03 December 2020 10:34
Written by Office of the Governor. 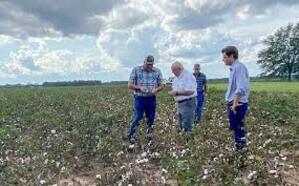 Governor Ned Lamont announced that the U.S. Department of Agriculture (USDA) has approved his request for an agricultural disaster designation as a result of damage sustained from the impact of Tropical Storm Isaias in Connecticut in early August. The designation means that farmers in the state are eligible to be considered for certain federal disaster assistance, such as emergency loans, to cover production losses they experienced as a result of the storm.

The USDA approved the disaster declaration for five of Connecticut’s eight counties, including Hartford, Middlesex, New Haven, New London, and Windham Counties. However, farmers in the remaining three counties – Fairfield, Litchfield, and Tolland Counties – will still be eligible for the emergency assistance since those areas are named as contiguous disaster counties.

To apply, farmers should contact their closest Farm Service Agency (FSA) office. FSA considers each emergency loan application on its own merits, taking into account the extent of production losses on the farm and the security and repayment ability of the operator. All applications for disaster assistance under this declaration must be submitted within the next eight months.

“Any bit of relief from the damage sustained during this storm will be a benefit to these small business owners,” Governor Lamont said. “I appreciate the USDA for approving this designation, and I encourage any farmers who’ve experienced damage from the tropical storm to contact their nearest FSA office and apply for assistance.”

“Connecticut’s agriculture producers have weathered a number of challenges this year, including Tropical Storm Isaias,” Connecticut Agriculture Commissioner Bryan P. Hurlburt said. “The USDA disaster declaration will provide much needed assistance to ensure they have the resources available to continue their farming operations.”