Greater Bridgeport Symphony A Light in the Darkness Virtual Premiere on Dec. 19 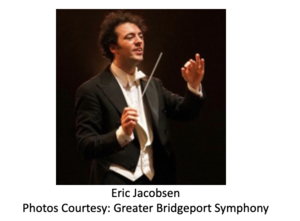 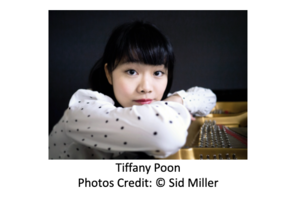 Greater Bridgeport Symphony returns for a season unlike any in its history, announcing a groundbreaking virtual 75th season calendar, adapted for the ever-changing times. The second show of the season, A Light in the Darkness, recorded at The Klein Auditorium in Bridgeport, CT, will be available for at-home viewing beginning Saturday, December 19 at 7:00pm.

World-renowned conductor and cellist Eric Jacobsen has already begun his seventh season, but because of Covid, they won’t be live. “Most orchestras in the country have not been able to play concerts,” says Jacobsen. “It’s so special that this orchestra has come together and said ‘We will continue to have music during this time.’  We figured out a way to do it, because the music has to keep on going!”

A Light in the Darkness features two concerti by Mozart performed by 23 year-old international prodigy, pianist Tiffany Poon.  A Hong Kong native, Poon has taken the world by storm, garnering hundreds of thousands of fans from around the globe for her virtual concerts. The show will also feature twenty-seven GBS musicians, all socially distanced.  This season, GBS has adapted to the conditions of the Covid crisis and will be recording its four concerts, each with as large a contingent of musicians as possible, with health and safety concerns in the forefront.  “This stage has fit seventy of our musicians in the past, plus a hundred-member choir,”  says GBS Executive Director Mark Halstead.  “But with health restrictions, we’ll make twenty-seven fit safely.”  Many other protocols were in place to protect the health of the musicians and crew.”

GBS will release each of these concerts on the nights originally planned for live concerts, with most of the videos being filmed at The Klein Memorial Auditorium – home to the symphony since its beginnings in 1946.  GBS President Jean Moffitt is excited about this bold new venture.  She says, “we’ve never attempted anything like this before. We want people to come to these video concerts and feel at home – not just in the comfort and safety of their own homes, but with the music coming to them from the symphony’s home – so that we can help our friends feel ‘normal’ again, for a while.”

Adding audio-video capability took months of effort and added significantly to GBS’ operating budget, but the Board of Trustees and the artistic staff were determined to make it work, not just in this year without live audiences, but into the future.  Video presentations will allow greater outreach into schools and eldercare facilities and allow GBS concerts to reach fans who have moved out of the area.  “We worried that some of our loyal fans would shy away from recorded concerts,” says Halstead.  “The first  Crescendo 75 season installment was released on Saturday evening, November 14, and was remarkably well-received.  Most of our regular subscribers came back but we saw a lot of new names coming in, even from several other states.  They liked what they saw, and it reaffirmed what we suspected:  people need this music!”

A unique preview of GBS' December 19 release of A Light in the Darkness will be a Dreamstage livestream performance on Saturday morning, December 5 at 11:00am.  Poon will perform the two Mozart concerti live from The Klein.  Tickets for the livestream are available HERE for $15. A Light in the Darkness will also showcase these pieces, combined with holiday tunes, interviews with Poon and Jacobsen, a pre-concert talk, glimpses backstage, and more.

Two other video concerts will be released on March 13, 2021 and April 17, 2021.  The March concert will feature violinist Mira Wang.  If conditions permit a greater number of musicians to perform, GBS will be able to present grander and more intricate musical selections.