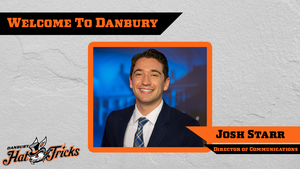 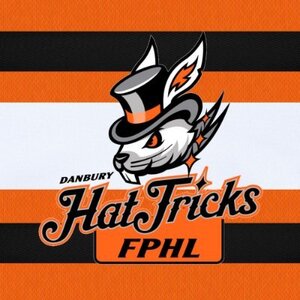 The Danbury Hat Tricks will have a new voice for the 2021-2022 season. Josh Starr will take over as the team’s new Director of Communications and Play-by-Play Broadcaster. He will also handle social media and media relations responsibilities for the Federal Prospects Hockey League, North American Hockey League, and NA3HL teams.

Starr is a 2021 graduate from Penn State University with a degree in broadcast journalism and a sports journalism certificate. Starr comes to Danbury from Broomall, Pennsylvania, a Philadelphia suburb.

Starr also spent the last two years as the General Manager of the station, overseeing each of the eight departments and over 150 members.

“It has been a dream of mine for a long time to be the broadcaster for a hockey team,” said Starr. “I am so excited to come to Danbury and get started. It is an absolute honor to work for the Hat Tricks.”

Starr will replace former Director of Communications Casey Bryant, who departs the Hat Tricks for the Vermilion County Bobcats in the Southern Professional Hockey League.

Starr will begin his time in Danbury in early July, also serving as a sales representative for the Hat Tricks organization.