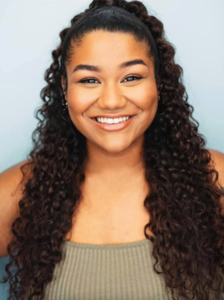 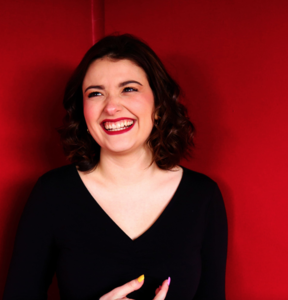 Western Connecticut State University announced that BroadwayWorld 2021 Connecticut Awards were presented to WCSU faculty and students for productions at the Visual and Performing Arts Center during the 2020 academic year, including Best Streaming Musical, Best Direction of a Stream and Best Performers of a Stream. The BroadwayWorld Regional Awards are the largest theatre audience-voted awards, with over 100 cities worldwide participating.

WCSU Department of Theatre Arts productions in 2020 were live-streamed to the public due to the pandemic. Two productions received several awards from BroadwayWorld:

Best Performer in a Streaming Musical (Non-Professional): Alexis Reda, “The Radium Girls: A Jaw-Dropping New Musical.” Reda, now a senior Musical Theatre major from Trumbull, impressed two of the show’s writers so much that they invited her to perform one of her character’s songs at their concert “D'ARCHANGELIS AND HORNEFF (AND FRIENDS!)” at The Green Room 42 in New York City.

Best Performer in a Streaming Play (Non-Professional): Chrystal Campbell in “Dognap on Dekalb.” Campbell, of Weston, graduated WCSU in spring 2021 and has since signed with the talent agency of CLA Partners in New York and California.

Most Anticipated Upcoming Production of a Play (Non-Professional): “Noises Off”

Tim Howard is an associate professor and head of the Bachelor of Fine Arts in Musical Theatre program in WCSU’s Department of Theatre Arts. He has a diverse career as a director, actor, singer and music director, and has received numerous Kennedy Center American College Theater Festival Awards for directing musicals and plays. “I am beyond thrilled to have been acknowledged for my direction of ‘The Radium Girls: A Jaw-Dropping New Musical.’ It was truly a labor of love working on this charming, funny and brand-new musical,” he said. “In addition, we are very excited to know the production itself also was awarded, as it was a group effort from editing, design, music and, of course, the talented performers. We are particularly proud that Alexis Reda, our leading lady, also was acknowledged for her work. Well deserved!” Howard will direct the next WCSU musical, “Sweeney Todd,” running from Feb. 25 through March 6.

Sal Trapani, professor of Theatre Arts at WCSU and director of one of the first full productions of “Dognap on Dekalb,” noted that the awards bestowed by BroadwayWorld “once again demonstrated the talents within WCSU’s performance program.” Trapani defines the play as a “beautiful meditation on dealing with and healing from the sorrow and pain of loss,” and praised Chrystal Campbell. “Her performance was brilliant; Chrystal shows us the pain and suffering a mother suffers at the loss of a child. She goes through all the stages of grief with dignity and grace. Her performance takes your breath away,” he said.

For more information about upcoming WCSU productions, go to www.wcsu.edu/theatrearts/events/. For more information, contact the Office of Public Relations at This email address is being protected from spambots. You need JavaScript enabled to view it. .