Details
Published on Thursday, 27 January 2022 17:24
Written by Office of the Governor 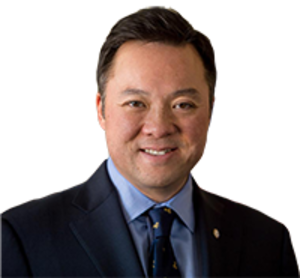 Governor Ned Lamont and Attorney General William Tong today announced that they will seek legislative approval for a historic investment in educational opportunities for Hartford students that will end more than 30 years of litigation and court oversight in the Sheff v. O’Neill case.

The agreement will require presentation first to the Connecticut Superior Court for preliminary approval, then to the Connecticut General Assembly for its approval, and then back to the court for final approval. If approved, the agreement would avoid the potential for a court-ordered plan and keep overall decisions about educational policy and finance in the hands of those elected to do so – the governor and legislature.

A previous agreement reached in January 2020 resulted in approximately 202 new magnet school seats and additional capacity for Hartford students, as well as significant improvements in the application process and transparency for Hartford region families. That agreement required further negotiation of a final settlement to meet demand for choice school seats for all Hartford students who want them, and an end to court jurisdiction. If finalized, this agreement would achieve those goals.

“Every child deserves access to an education that provides them the best opportunity at the starting line of life, regardless of their zip code, family income level, race, or creed,” Governor Lamont said. “The skills needed to succeed as an adult are best obtained during the critical years when a child begins their development. The parents, students, and education advocates who have been fighting this case for these many years are to be commended for their unyielding efforts and unbreakable focus on doing what is best for the children of Hartford. This agreement will make school choice programs for families in the Hartford region more accessible and transparent as we continue our work to improve quality and equity for students in all schools. I thank everyone for their hard work in getting all involved parties to this point and bringing us closer to our shared goal of equal access to a quality education.”

“This historic agreement would end over 30 years of litigation and court oversight while ensuring Hartford students have the opportunity to attend excellent schools in diverse settings,” Attorney General Tong said. “I want to thank the attorneys in my office both past and present – Darren Cunningham, Erik Lohr, Henry Salton, Ralph Urban, and especially Joe Rubin – who dedicated years of their careers to achieving this resolution. I also want to thank Elizabeth Horton Sheff, who has been leading this fight for Hartford students since I was in school. Generations of Hartford students will have brighter futures because she had the courage to stand up and demand more for her son and her community.”

“The Connecticut State Department of Education and State Board of Education remain committed to delivering excellence and equity in education,” Connecticut Education Commissioner Charlene Russell-Tucker said. “The implementation of this settlement will ensure the continuance of our unwavering dedication to bringing students together in diverse environments and to expanding access to high-quality, educational options that reflect the multicultural world in which we live.”

“The racial and socioeconomic isolation that so troubled the court in Sheff a quarter century ago is a reflection of the profound disparities that still remain among municipalities in Connecticut, and no Sheff settlement can offer a perfect answer to that fundamental challenge,” Hartford Mayor Luke Bronin said. “That said, this agreement represents important progress because it will open up thousands of seats for Hartford students in the years ahead and responds to the demand of so many Hartford students and their families for placements in the inter-district magnet schools and Open Choice placements offering diverse educational settings. The City of Hartford and the Hartford Public Schools will remain focused on strengthening neighborhood schools as well, so that every child in Hartford has a genuine choice about where to receive a quality education in an educational setting worthy of their talents and promise, and we look forward to working with the state as partners to help make that a reality. I thank Attorney General Tong, Governor Lamont, Commissioner Russell-Tucker, plaintiffs’ counsel, and the organizations, parents, and advocates, like Elizabeth Horton Sheff, who worked together to reach this agreement.”

The Connecticut Supreme Court ruled in 1996 that the racial and ethnic isolation of Hartford school children violated the state’s constitutional obligation to provide a substantially equal educational opportunity and access to an unsegregated education environment. The court directed the legislature and executive branch to implement remedial measures. Since then, the parties in the case have entered into a series of agreements, with a further court order issued in 2017.

Since 1996, the legislature and executive branch have created an extensive Choice interdistrict magnet school system, as well as additional voluntary school desegregation measures that have resulted in a major reduction in the racial isolation of Hartford students. As a result of these measures, more than half of Hartford students, and more than 20,000 Hartford and suburban students, collectively, are enrolled in a Sheff School Choice program in the Greater Hartford Region.

Highlights of the settlement include:

Because certain current Choice schools are not presently meeting diversity and reduced racial isolation goals, the agreement also provides for $12.6 million to operators over 3 years, beginning in FY23, to reformulate those schools to make them sufficiently attractive to appeal to a more diverse student body.

Among other things, those efforts will include:

In total, the agreement commits $1.24 million in additional magnet school funding for fiscal year 2022, with commitments increasing to $32 million annually by fiscal year 2032. Capital costs associated with renovation of the new magnet schools are estimated at $48.7 million.