Details
Published on Wednesday, 29 June 2022 15:40
Written by Office of the Governor 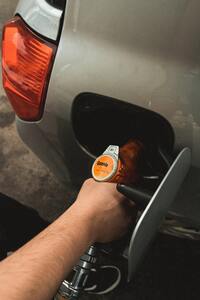 Governor Ned Lamont is reminding Connecticut residents that the law he signed earlier this year that suspends the state’s 25-cent-per-gallon excise tax on gasoline – which was initially set to expire on June 30, 2022 – has been extended for several additional months and will remain in effect through November 30, 2022.

In March, the governor signed legislation (Special Act 22-2) that suspended that tax from April 1 to June 30, 2022. Then in May, he signed a separate bill (Public Act 22-118) that directs the duration of this tax holiday to continue through November 30, 2022.

Similar to the gas tax holiday, the suspension of fares on all public transit buses statewide has also been extended for the same period.

“The suspension of the gas tax helps provide some relief to consumers as they face rising prices due to a number of international dynamics and market instability that go far beyond our state,” Governor Lamont said. “I am glad that we were able to pass legislation allowing this gas tax holiday to remain in effect for several additional months.”