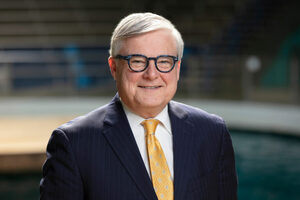 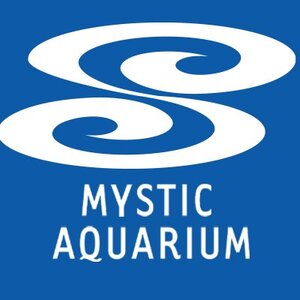 Dr. Steve Coan, President and CEO of Mystic Aquarium announced today that he is completing his tenure after 20 years of service with the organization. The Board of Trustees has asked Dr. Coan to serve as CEO Emeritus and assist with the transition, including fundraising and strategic counsel.

“Dr. Coan has been a transformational leader at Mystic Aquarium. We will never forget all the things that we and the community owe Steve!” said Dr. George Milne, Chair of the Mystic Aquarium Board of Trustees.

“Dr. Coan has made Mystic Aquarium a place where all people feel welcomed. Today we are known nationally and internationally as one of the worlds best and most innovative Aquariums,” Milne added.

“Dr. Coan’s involvement with educational efforts nationally for the Boys and Girls Clubs, his championship of conservation efforts involving the Long Island Sound and the offshore canyons and his leadership on policy issues in Hartford and Washington have all made a difference. We will continue to work hard to live up to the high expectations, potential and impact that have been made possible by Dr. Coan’s unique contributions and leadership,” Milne added.

During Dr. Coan’s tenure, the campus and visitor experiences were transformed with construction of the Immersion Building, Wiederhold Animal Care Building, the Milne Conservation and Ocean Science Building, extensive infrastructure improvements to the facilities, renovation of the Ocean Conservation Center, and installation of several new exhibits including new exhibit galleries and touch tanks in the main aquarium building.

Dr.Coan led the organization through numerous crises including the aftermath of 9/11 when tourism came to a halt, the Great Recession in the mid 2000’s and most recently, the Covid-19 global pandemic. During his tenure he has grown attendance and programming, and has raised over $250 million dollars, stewarding Mystic Aquarium to become the largest attraction in Connecticut and one of the largest providers of conservation and STEM education programming in New England, as well as a major marine mammal research facility.

Under Dr. Coan’s leadership, Mystic Aquarium became an exemplar in promoting equitable access for low-income families, advertising and providing free admission for Electronic Benefit Cardholders from Connecticut and Rhode Island, as well as STEM programs serving under-represented and at-risk children and youth in both states.

“I am incredibly grateful for my time with Mystic Aquarium, especially its staff and volunteers. We have a diverse and outstanding Leadership Team, and a wonderful Board of Trustees,” said Dr. Coan. “I am also grateful to our Chairman, Dr. George Milne, and those who participate in the leadership councils that we established, including the President’s Council, Research Advisory Council and Volunteer Advisory Council. Most importantly, I would like to thank all those within this great institution who committed themselves to countless rescue efforts of Marine Life over the past twenty years. The rescue and rehabilitation of thousands of animals during these years is something of which I am most proud.”

Governor Lamont, in a press release earlier today said “Mystic Aquarium is one of Connecticut’s largest cultural destinations, and its success over the last 16 years is no doubt due in large part to Steve’s leadership. Not only is Mystic Aquarium a premier attraction when it comes to tourism, but it provides an incredible educational resource for many Connecticut students, partnering with our schools and providing learning opportunities and programs that encourage growth and development. Steve’s influence is felt through all of the valuable learning opportunities the organization provides. He has also been immensely dedicated to the growth of the Southeastern Connecticut region, including through his service as board chair of the Chamber of Commerce of Eastern Connecticut. I thank Steve for his many years of service, and I wish him the best in his retirement.”

When Dr. Coan took over as President and CEO, the organization was reeling from declining tourism in the aftermath of 9/11 and operating in the red with $34 million in debt and deteriorating facilities. During his tenure, the long-term debt was eliminated, the organization became net-profitable, and a new strategy was developed to focus on the Mystic Aquarium brand with conservation, education, and research as pillars.

Dr. Coan established international partnerships, including an ongoing relationship with Singapore Aquarium and Resorts World Singapore and grew relationships with other conservation organizations in Canada, South Africa, and the United States. An educator by training, Dr. Coan created an award-winning early childhood program, Sea School, and established a national youth mentoring program with Boys and Girls Clubs of America as well as expansion of conservation programs.

Dr. Coan will continue to serve as Co-Chairman of the Innovation Center in New London, and as Chair of the State of Connecticut Tourism Advisory Council. He is also Chairman of Strategic Planning for the Cal Ripken, Sr. Foundation, and serves on the Board of the Feinstein FamilyFoundation both of which serve disadvantaged and at-risk youth, as well as the Ben-Veniste Family Foundation which focuses on ocean conservation.

Dr. Coan is considering several options in public service after he completes his term at Mystic Aquarium. “I would like to express my deep and abiding appreciation to my wife Patti, my now grown children, Patrick, Danielle and Brendan for their love and support. We grew up together, as a family, at Mystic Aquarium and we cherish our experiences and the Aquariumcommunity”, he said.

Katie Cubina, Senior Vice President of Mission Programs, has agreed to serve as Interim President and CEO during this transition and Koray Gurz, as Chief Financial Officer and Chief Operating Officer.