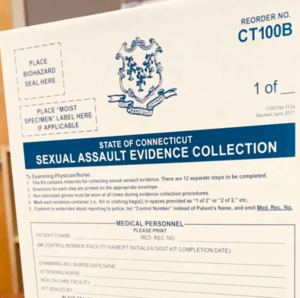 Governor Ned Lamont today announced that the Connecticut Forensic Science Laboratory, a division within the Connecticut Department of Emergency Services and Public Protection, has been awarded a $1.2 million grant from the U.S. Department of Justice that will be used to support the timely processing of sexual assault evidence kits.

The laboratory plans to use the grant for additional personnel, supplies, and equipment needed to support it in its ongoing efforts to maintain long-term holistic, victim-centered and trauma-informed approaches to sexual assault investigations. These efforts will aid the laboratory in more efficient processing of forensic evidence samples, giving investigators and survivors of sexual assault timelier results.

The grant will also be used to support statewide training on sexually motivated crimes for the Connecticut Police Academy, as well as training for hospital personnel on sexual assault evidence tracking.

“Through the collaborative efforts of advocates and the state crime lab, over the last several years Connecticut has reformed the procedures used to process sexual assault kits to ensure that they are completed in a timely manner with a focus on delivering justice for survivors and providing law enforcement with what they need to keep perpetrators off the streets,” Governor Lamont said. “This additional federal funding will support our state’s ongoing mission to combat sexual assault, solve and prevent crime, and support survivors.”

Over the last several years, Connecticut has enacted a series of reforms that have significantly improved the timely processing of sexual assault evidence kits.

In 2019, the Joyful Heart Foundation, a national nonprofit organization working in states across the country to end the nationwide backlog of untested sexual assault evidence kits, certified Connecticut has having implemented “full reform” in regards to enacting policies and procedures that improve the timely processing of these kits. This includes the adoption of all six pillars of reforms that the organization recommends.