Details
Published on Thursday, 06 October 2022 15:42
Written by Office of the Governor 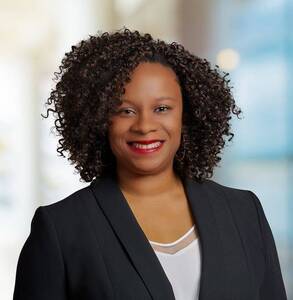 Governor Ned Lamont on Tuesday announced that he has appointed Leander A. Dolphin of Hartford to serve as a member of the Connecticut Judicial Selection Commission.

The commission is the state body responsible for seeking and recommending to the governor qualified candidates for nomination as judges for the Superior Court, Appellate Court, and Supreme Court. It also evaluates incumbent judges who seek reappointment and forwards to the governor the names of those judges recommended for reappointment. When selecting nominees to serve as judges, state laws require the governor to select only those individuals whose names are on the list of qualified candidates approved by the Judicial Selection Commission.

The group’s 12 members are comprised of six attorneys and six non-attorneys who each serve three-year terms. They are uncompensated volunteers and are appointed by the governor and the Democratic and Republican leaders of the General Assembly.

Dolphin will fill the seat previously held by Charles E. Tiernan, III, who until recently served as the commission’s chairperson.

At its most recent meeting on September 29, the commission’s members voted on the selection of a new chairperson as required by state law and chose Dolphin to serve in that leadership role.

“The Judicial Selection Commission serves an incredibly influential role in state government because it is responsible for seeking and interviewing candidates who want to become judges, and governors must select judicial nominees solely based on the list of candidates the commission has approved,” Governor Lamont said. “Leander’s background in private practice, including her years of counsel to educational institutions and organizations that foster the development of children, make her more than qualified to serve on this commission. I appreciate her willingness to take on this important responsibility on behalf of the state.”

“I am honored to serve on Connecticut’s Judicial Selection Commission,” Dolphin said. “That my fellow members have entrusted me to lead this mission-critical committee is one of the greatest professional commendations of my career. I pledge to oversee the committee’s important work of evaluating and recommending judicial candidates based on merit while also consciously considering diversity in our organizational decisions and recommendations.”

Dolphin serves as managing partner of the law firm of Shipman & Goodwin LLP, where she began her legal career in 2004. She has led the firm’s Diversity, Equity & Inclusion Committee, served for three years on the management committee, and held the position of co-managing partner, before being elevated to managing partner in 2022. She is a member of Shipman’s School Law Practice Group, where she advises universities, colleges, public school districts, independent schools, and other public and private-sector clients on the full range of education and employment matters. This includes guidance on issues such as sexual harassment (Title IX), workplace health and safety standards in the COVID-19 era, and a range of equity and discrimination considerations.

Dolphin is the former vice president of human resources and general counsel for the Girl Scouts of Connecticut. She graduated from Wesleyan University in 1999 with high honors and received her J.D. from Howard University School of Law in 2004.