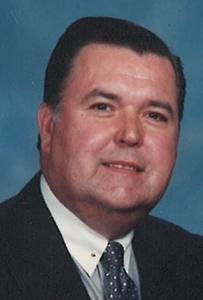 Tom was born July 10, 1942, in New York, NY to Anthony and Margaret Scebelo. He grew up in Manhattan before his family moved to Hackensack, NJ, where he graduated from Hackensack High School.

He spent his entire 40 plus year career at Citibank before retiring as a Vice President.

Tom met his future wife Mary Lou at a church dance in Elmwood Park, New Jersey. They were married at St. Leo’s Roman Catholic Church in Elmwood Park, NJ in 1962. The long-time residents of New Fairfield moved to their “forever home” in 1982. They traveled together to Switzerland, Hawaii, Australia, London, Italy and Quebec. One of their favorite places to visit was Washington, D.C.

Mr. Scebelo is survived by his wife of 57 years, Mary Lou; his 3 sons Thomas, Robert and Steven and his spouse Laura; his granddaughter Samantha; his sisters Ann Marie and Jane; and his numerous nephews and nieces. He was preceded in death by his sister, Mary and his niece, Melissa.

The Celebration of the Funeral Mass at St. Edward Roman Catholic Church in New Fairfield and interment will be private.

In lieu of flowers, donations may be sent to Us Against Alzheimer’s, www.usagainstalzheimers.org or the New Fairfield-Sherman Animal Welfare Society, www.nfsaw.org in honor of Tom and Mary Lou’s many beloved dogs throughout the years.