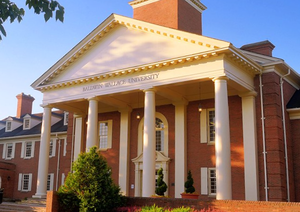 Jake Diller of Sherman was part of the talented cast and crew from Baldwin Wallace University that staged Aaron Posner's "Stupid F##king Bird" under the direction of Rene Copeland, assistant professor of directing, during the fall 2020 semester. Diller, a graduate of Shepaug Valley High School majoring in acting (BFA), served as a swing in the production.

Billed as sort of adapted from 'The Seagull' by Anton Chekhov, "Stupid F##king Bird" tells the story of an aspiring playwright who aches to make theatre an agent of change, in revolt against the commercialism his famous actress mother revels in. With health safety protocols of masking and physical distancing in place, the play was performed live for a remote audience.