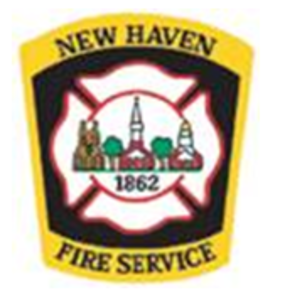 A New Haven Firefighter died earlier this morning while fighting a fire on Valley Ave in New Haven. City officials have identified the Firefighter as Ricardo Torres Jr.

Torres died fighting a blaze on Valley Street early Wednesday morning according to Fire Chief John Alston and a second firefighter identified as Lt. Samod “Nuke” Rankins was hospitalized in critical condition at Bridgeport Hospital. “We ask that the public keep them in their prayers,” Alston said.

Firefighters received multiple calls of a fire on Valley Street around 12:45 a.m. Allston said, upon arrival firefighters saw “heavy fire and flames.” Allston said firefighters rescued two residents who were trapped inside the home. One was treated on the scene and one person was hospitalized for smoke inhalation.

New Haven Mayor Justin Elicker said “Firefighter Torres is a son, he’s a brother, he’s a husband, he‘s a father and he’s a hero and he ran inside a building to save other people and lost his life and his family lost him”

During a news conference Wednesday morning, officials said one firefighter reported being lost and disoriented and a team that searched for the firefighter found two firefighters unconscious on the second floor.

New Haven Mayor Justin Elicker posted on twitter earlier “Today, we grieve as a City for our fallen hero and pray for another’s recovery. We extend our gratitude, prayers and sympathies to their family and to all who keep us safe.”

New Haven Fire Chief John Alston Jr. said he hired Torres and wants him to be remembered for doing what he loved to do and for people to know that he sacrificed his life to save someone else.

Governor Lamont said via a press release “Today’s tragedy is a heartbreaking reminder of the dangers that firefighters face each and every day when responding to emergencies. Firefighter Torres is a hero, who dedicated his life to the safety of the people of New Haven. My thoughts are also with the firefighters who were injured while responding to this emergency, and I pray for their speedy recovery.”

The cause fire is currently under investigation.