Details
Published on Tuesday, 06 December 2022 08:14
Written by Office of the Governor 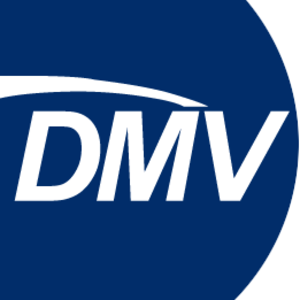 Governor Ned Lamont has announced that Connecticut Department of Motor Vehicles (DMV) Commissioner Sibongile “Bongi” Magubane is planning to retire at the conclusion of the governor’s first term in office at the beginning of next year.

A business executive who has served within Fortune 100 companies, Commissioner Magubane had previously retired after serving as an information technology executive with Aetna before Governor Lamont tapped her to lead the DMV when he took office at the start of his first term in early 2019. The governor said he selected her because of her experience delivering large-scale enterprise solutions in the private sector and the need to improve customer service and efficiency at the DMV.

“Over the last four years, the DMV has seen a vast overhaul in how it serves its customers, moving from a largely in-person, manual, and overly bureaucratic operation to one that is much more electronic and is focused on creating efficiencies for customers,” Governor Lamont said. “Improvements are now underway at the DMV, and I greatly appreciate Bongi Magubane’s willingness to serve as DMV commissioner during this exciting time. When our administration started, I was clear that I wanted to focus our efforts on implementing new technologies that eliminate red tape and make interacting with state government easier and less time consuming. I thank Bongi for the service that she has given to the people of Connecticut and for her work during our first term.”

“I am truly honored to have had the privilege to serve Governor Lamont and the State of Connecticut as commissioner of the DMV,” Commissioner Magubane said. “The last four years have been a remarkable time of evolution and growth in terms of the DMV’s ability to enhance the way that it serves the citizens of Connecticut. I am immensely proud of the team of hard-working and dedicated professionals across the DMV whom I have had the pleasure of working with over the past four years, particularly Deputy Commissioner Tony Guerrera. We faced many challenges together, and our team was consistently able to rise to the occasion and elevate the DMV’s capacity to meet the needs of the people of Connecticut during truly extraordinary times. I am thankful for the faith that Governor Lamont placed in me to lead the DMV, and I am grateful to each and every professional at the DMV who helped us to deliver on the commitments that we set forth at the outset of Governor Lamont’s first term four years ago.”

Governor Lamont is set to receive the oath of office and begin his second term on January 4, 2023.