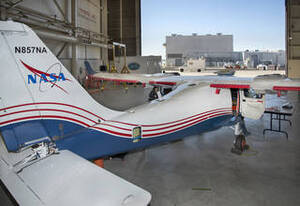 This year is shaping up to be one of NASA’s busiest yet. Boeing is on deck to conduct a second uncrewed flight test for the Commercial Crew Program, before flying a crewed flight test to meet program certification requirements. This is an important step in ensuring multiple commercial partners are providing access to the space station from American soil.

Following an initial design phase, NASA is expected to announce whether Blue Origin, Dynetics and/or SpaceX are moving forward with their human landing systems, one of which will be the first private company to safely land American astronauts on the Moon in 2024.

When NASA’s Perseverance rover lands on Mars on Feb. 18, the robotic astrobiologist and geologist will search for signs of ancient life and collect rock and soil samples. As part of the mission, NASA will deploy the Ingenuity helicopter from the rover in the first demonstration of rotorcraft on another planet. The agency also will attempt to produce oxygen from the Martian atmosphere – a critical step for future human exploration of the Red Planet.

In late July, NASA will launch the first test for planetary defense. The Double Asteroid Redirection Test, about the size of a small car, will deliberately crash into an asteroid moon in fall 2022 to change its motion. This is just a test, as the asteroid Didymos nor its targeted moon Dimorphos, pose any threat to our planet.

NASA will ship the SLS core stage to Kennedy early in the year for integration with the Orion spacecraft. Artemis I, the first uncrewed flight test of SLS and Orion, is on track to launch on its month-long mission around the Moon by fall. NASA will begin joining the core stage components for the SLS rocket to launch Artemis II and is in the process of manufacturing the core stage for Artemis III as well as the Interim Cryogenic Propulsion Stages, and stage adapters that connect the parts of the rocket. Engineers will also continue testing RS-25 engines and casting solid rocket booster segments for future missions as well. The Orion crew module for Artemis III will be delivered to Kennedy, where the crew module for Artemis II is already undergoing preparations for its mission.

Astrobotic and Intuitive Machines will each launch their first Commercial Lunar Payload Services flights to the Moon in the fall, delivering a suite of payloads to the lunar surface ahead of future Artemis missions with crew. This will be the first American robotic missions to land on the Moon in 50 years.

In October, NASA will launch Lucy as the first mission to study the Trojan asteroids – remnants of ancient material that formed the outer planets, now orbiting the Sun at the distance of Jupiter. By the end of that month NASA will launch the James Webb Space Telescope, the flagship astrophysics mission exploring distant worlds and studying the first generation of galaxies formed at the beginning of the universe.

Also this year, NASA aeronautics teams will complete construction and prepare for the first flight of the X-59 QueSST, our low-boom supersonic X-plane that will provide data that could lead to faster long-distance travel throughout the world. The X-57 Maxwell, the agency’s first all-electric experimental aircraft, will also conduct its first flight. The agency’s aero researchers also will launch an effort to advance electric propulsion for large commercial transports with an electric powertrain flight demonstration, helping to develop a fuel- and cost-efficient alternative to traditional jet-engine-powered aircraft.

Additionally this year, NASA will announce a new class of astronaut candidates, launch a new laser communications demonstration, and send a microwave oven-sized CubeSat to a unique, elliptical lunar orbit where the agency plans to send the Artemis’ Gateway outpost.

“With our rover landing on Mars, an asteroid protection space test, the Webb telescope launch, and the Artemis I mission among other activities on the horizon, we have another big, big year ahead for America’s space agency,” said Bridenstine.