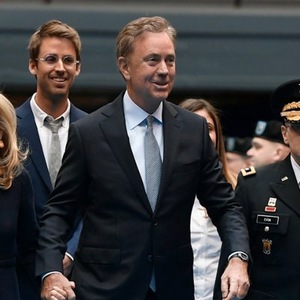 (HARTFORD, CT) – Governor Ned Lamont is applauding the Connecticut House of Representatives for giving final legislative approval to a bill he proposed in consultation with stakeholders that will improve data collection in the criminal justice system in order to provide the public with greater information regarding how prosecutors make decisions in criminal cases. The changes will help shed light on a variety of procedures, including the screening and charging of cases, pretrial and bail recommendations, diversion to programs, case processing, plea negotiations, and sentencing recommendations.The legislation was adopted in the State Senate on May 28 by a unanimous, 35-0 vote, and was approved in the House tonight by a 148-0 vote. It will next be transmitted to the governor for his signature.

“These new requirements will be an important step toward increasing the confidence that communities have in the criminal justice system by helping to ensure that justice is attained in the fairest ways possible,” Governor Lamont said. “Prosecutors play a crucial role in criminal cases from start to finish. This data will help shed new light on that process, particularly in the front-end of cases, which have historically been a ‘black box.’ I want to thank both the House and the Senate for voting to approve our bill, and I look forward to signing it into law.”

“Today’s bipartisan vote in the House reflects the participation of prosecutors, victim advocates, criminal justice reform advocates, and other stakeholders in the development of this bill,” Marc Pelka, Governor Lamont’s Undersecretary of Criminal Justice Policy and Planning, said. “The prosecutorial decision-making data resulting from this bill will inform strategies to increase public safety outcomes and improve transparency in the criminal justice system, benefitting communities across our state.”

The legislation requires the Office of Policy and Management (OPM) to begin immediately collecting and analyzing existing prosecutorial data within the criminal justice system, and to present an analysis of such data to the Criminal Justice Commission no later than July 1, 2020. Starting in 2021, the Division of Criminal Justice, in consultation with the Department of Correction, the Judicial Branch, and the Criminal Justice Information System Governing Board, is required to provide detailed data to OPM relating to charges, diversionary programs, bail requests, plea deals, contact with victims, sentencing recommendations, and demographics. OPM is to incorporate that new data into its analysis and presentation in July 2021, and annually thereafter.