My Week at the ACLU Summer Advocacy Institute 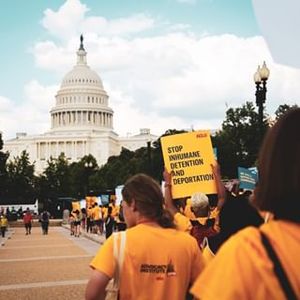 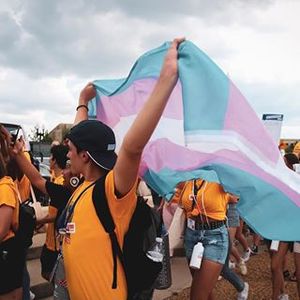 During the last week in July, I joined about 900 other high school students at the fourth annual ACLU Summer Advocacy Institute, a week-long “learning experience for the next generation of social justice advocates.”

The Institute is run by the American Civil Liberties Union in partnership with the CloseUp Foundation. The long days of the Institute included seminars on justice, equality, liberty, and democracy, exploration of Washington, D.C., and presentations from leaders in the ACLU.

The roughly 900 students hailed from forty-five states and Puerto Rico and brought a variety of perspectives. The student population represented a medley of racial backgrounds, economic situations, religious beliefs, physical abilities, and political identities. CloseUp and the ACLU staff prioritized a welcoming and accessible environment throughout the week.

The majority of the programming was universal for all students, except for time allotted for electives - single-issue breakout sessions led by litigators, lobbyists, or other staff of the ACLU. One elective I enrolled in was the “Cash Bail and Other Discriminatory Practices that Target Low-Income Communities and Communities of Color,” presented by Portia Allen-Kyle, Advocacy and Policy Counsel of the ACLU Campaign for Smart Justice, and Melekte Melaku, Campaigns Manager, ACLU of Ohio. The class covered the consequences of cash bail, the progress of the movement against it, and ways to get involved in ending the practice.

Davie A. Ross, a high schooler in Seattle, WA, said the following about her experience at the Institute: “In my class, my voice is familiar to many. It occupies conversations and space regularly. So at [the ACLU Summer Advocacy Institute], I challenged myself to take a step back to listen and then speak instead of speaking then listening. This allowed me to learn in a way that was more effective and impactful than my prior method. However, this was just one instance where I found a way to test myself and grow during The ACLU Summer Advocacy institute. Every minute was filled with an opportunity to get to know the 900 other attendees and their stories. And I believe there is nothing more engaging and influential than authentic (and at times, vulnerable) backgrounds. When I say this week changed me for the better, I am not speaking before listening. I am speaking after listening to anyone and everyone who I came to know at [the institute].”

The week ended with a trip to Capitol Hill for a morning of lobbying and an afternoon of rallying. We were split into groups by region and state, so I was placed into a group of students from around New York state. We met with a staffer in Senator Kirsten Gillibrand’s office (D-NY). Another group from New York met with a staffer from Senate Minority Leader Chuck Schumer’s office (D-NY). We lobbied for a moratorium on the use of face recognition software in the law enforcement and against the DHS’s family separation policy.  The ensuing rally around the Capitol Reflecting Pool also called for an end to the family separation policy.

I left the Institute with a sprawling network of civically engaged high schoolers from Seattle, Washington to San Juan, Puerto Rico. In this informal network, we are able to broadcast each other’s successes, learn from each other’s mistrials, and collaborate on national projects utilizing the skills we learned at the Advocacy Institute.