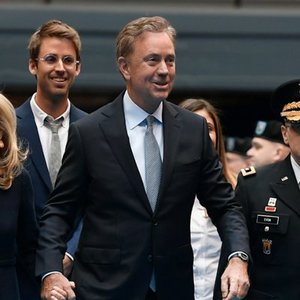 Governor Ned Lamont and Lt. Governor Susan Bysiewicz are applauding the U.S. House of Representatives for voting today to adopt legislation that will remove the deadline for ratification of the Equal Rights Amendment, which would explicitly provide women with equal rights under the U.S. Constitution.

Passed by Congress in 1972, the proposed constitutional amendment says simply, “Equality of rights under the law shall not be denied or abridged by the United States or by any state on account of sex.” To become ratified, the amendment needs to be approved by 38, or three-fourths, of state legislatures. In the years immediately following its passage, it was ratified by 35 states, including by Connecticut in 1973. Recently, the amendment saw a resurgence and was ratified by three additional states, most recently by Virginia last month, reaching the requisite number of states. However, the 1972 legislation included a ratification deadline of 1979, which was later extended to 1982.

The legislation removing the deadline was approved in the House by a vote of 232-183. It next will be transmitted to the U.S. Senate for consideration, and Governor Lamont and Lt. Governor Bysiewicz are strongly urging that chamber to adopt it in concurrence.

“The Equal Rights Amendment is common sense and there is not one logical objection for why it should not be ratified,” Governor Lamont said. “As Americans, we should all celebrate the equality of every human being in our country, and our foundational document should reflect that. It’s long past time that we finally affirm women’s equality in our constitution. I applaud every member of Connecticut’s House delegation for their votes today advancing this bill to the Senate.”

“I remember being in the state House chamber as a little girl with my mom when the Equal Rights Amendment passed in Connecticut in 1973,” Lt. Governor Bysiewicz said. “It was a proud mother-daughter moment for us, and a proud time in Connecticut history. Today, I applaud the U.S. House of Representatives for voting to reaffirm our country’s commitment to women’s rights and gender equality, and I strongly urge the members of the U.S. Senate to do the same.”