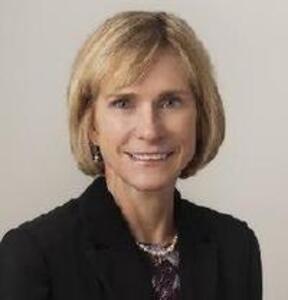 Governor Ned Lamont has announced that he is appointing Nora R. Dannehy to serve as General Counsel in the Office of the Governor.

Dannehy is an experienced lawyer with a professional record that spans both the public and private sector. Her commitment to public service started in 1991 when she joined the U.S. Attorney’s Office for the District of Connecticut as an Assistant U.S. Attorney. During her time in that role, she took on multiple responsibilities including supervising complex prosecutions, investigating white collar crime and public corruption cases, and advised and trained Assistant U.S. Attorneys on ethical issues arising under federal law and disciplinary rules.

In April 2008, she was appointed Acting U.S. Attorney for the District of Connecticut, making her the first woman to lead the district in the office’s more than two-hundred-year-history. She left the U.S. Attorney’s Office in December 2010.

She later joined the Office of Connecticut Attorney General George Jepsen as Deputy Attorney General, where her responsibilities included overseeing all operations of the office, which employs more than 300 full time staff including 210 attorneys. She served in this role from January 2011 until October 2013.

In the private sector, Dannehy worked for United Technologies Corporation in the company’s Office of Global Ethics and Compliance. She served as Associate General Counsel and later as Chief Compliance Officer.

Dannehy most recently served in the U.S. Justice Department as counsel to U.S. Attorney for the District of Connecticut John Durham, during which she worked with Durham on several investigations, including matters related to the 2016 presidential election campaigns and the origins of the FBI’s investigation known as Crossfire Hurricane.

“Nora has spent her career in both the public and private sector, and her time in government with the State of Connecticut and the federal government have earned her a reputation as a problem solver and a champion for the public good,” Governor Lamont said. “She joins my administration at a unique time in our state’s history as we fight the COVID-19 pandemic in what we hope are its final months, and having her counsel will be a tremendous benefit to our office, and the people of our state.”

“I am honored that Governor Lamont has asked me to return to state service and I look forward this new and challenging opportunity,” Dannehy said.

Dannehy is a graduate of Wellesley College and Harvard Law School. She previously taught criminal procedure at the University Connecticut School of Law as an Adjunct Professor.

She will succeed Bob Clark in the position of General Counsel to Governor Lamont. Clark was recently nominated to become a judge on the Connecticut Appellate Court.