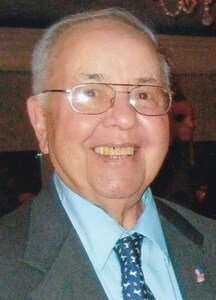 Governor Ned Lamont released the following statements regarding the passing of Biagio “Billy” Ciotto, who served as deputy commissioner of the Department of Motor Vehicles prior to being elected to the Connecticut State Senate, and David Pudlin, who served as house majority leader in the Connecticut House of Representatives:

“Connecticut has lost a giant today and the consummate public servant in Billy Ciotto. A legend who had an impact on countless lives, Connecticut is better for having had him serving on behalf of our state. He was a champion for the people of Connecticut, dedicating over half a century to public service in numerous leadership roles. To know Billy was to love him, and as a state we couldn’t be more saddened by his passing. His life, upbringing, and dedication to making the lives of people in Connecticut better is something we should all strive toward.

“David Pudlin was an extraordinary person who deeply cared for the people of his hometown of New Britain, as well as a devoted advocate on behalf of all Connecticut working men, women, and their families. He was a committed voice for justice, dignity, and equality. I appreciate his loyalty and friendship throughout the years, and he will be missed.”