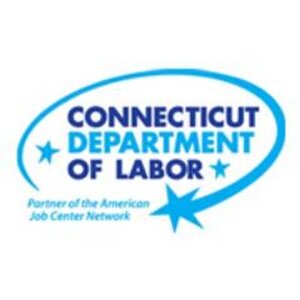 Connecticut’s unemployment insurance trust fund has been insolvent for 48 of the last 50 years, forcing Connecticut to borrow money from the federal government during economic downtowns. During the Great Recession, Connecticut borrowed $1.25 billion from Washington – a debt repaid with $85 million in interest over the next six years. During the current recession, Connecticut has borrowed $712 million and counting – another debt it will repay with interest as the economy struggles to recover.

Today’s bipartisan proposal will prevent that story from repeating yet again. It restores trust fund solvency and reduces taxes on at least 73% of businesses by broadening the taxable wage base, reducing tax rates, and reforming benefits.

Specifically, starting in 2024, the proposal:

Those changes align Connecticut’s UI taxes and benefits with neighboring states and corrects for decades of erosion in the real value of dollar amounts that had not been indexed to inflation. Had the proposed reforms been in place after the last recession, Connecticut would have started the pandemic with a solvent trust fund.

“A robust, sustainably funded unemployment insurance system is Connecticut’s most important tool for keeping our families out of poverty and our economy in motion during a recession,” Governor Lamont said. “I appreciate legislators and stakeholders working together to develop a common path forward on this critical issue.”

“Creating long-term viability in the trust fund is an important reform,” Connecticut Labor Commissioner Kurt Westby said. “It will help stabilize businesses and reduce the financial uncertainty that hinders economic growth and hiring. Ultimately, this strengthens our workforce and prevents continued tax hikes on our business community. I applaud Governor Lamont and Connecticut leaders for forwarding this proposal.”

“These reforms are long overdue,” Dave Roche, president of the Connecticut State Building and Construction Trades Council and general vice president of the Connecticut AFL-CIO, said. “In the land of steady habits, I’m encouraged by the compromise we were able to reach that will help to ensure the solvency of the unemployment trust fund. Over and over again, workers across this state have demonstrated their willingness to engage in good faith discussions to reach solutions. And throughout the pandemic, too many have had to rely on unemployment benefits as they lost their jobs through no fault of their own. Working people need the economic supports provided by unemployment benefits and a budget that addresses the unmet needs for healthcare, housing, and tax relief. We thank Governor Lamont for bringing all of these parties together and we have faith that the spirit of this compromise will be reflected in the legislation ultimately considered by the General Assembly.”

“This package represents the most significant set of reforms in the history of the state’s unemployment system,” DiPentima said. “Many of the changes represent reforms CBIA has advocated for since the end of the last recession to address one of the business community’s top concerns – the need for more predictable, certain, and stable policies. Such comprehensive reforms show what we can accomplish together when the public and private sectors collaborate and develop solutions that benefit all.”

“I am pleased to join this bipartisan group of legislators, state leaders, and advocates to present a comprehensive plan that creates a more resilient unemployment insurance trust fund that can endure future recessions,” House Majority Leader Jason Rojas (D-East Hartford, Manchester) said. “For Connecticut to move forward from the current economic crisis and build a more sustainable future, we must pave avenues that kickstart the state’s recovery and facilitate an economy where businesses and families can thrive.”

“This bipartisan proposal offers a meaningful step toward creating long-term stability in our unemployment compensation fund while easing associated cost burdens for businesses,” House Minority Leader Vincent Candelora (R-North Branford) said. “That advocates for the business community had a seat at the negotiating table is significant, and I’m hopeful the spirit of collaboration that led us to this point will fuel additional conversation about action we can take together to create a more competitive business climate.”

“In the wake of the greatest test of our unemployment system the timing was right to strengthen and reform the system so that it's not only solvent for the first time in a long time but also more affordable for the majority of businesses in Connecticut,” Representative Scanlon said. “For many years we've discussed changes but I'm grateful to have worked with my ranking member, the administration, labor and the business community to get this done and reach this historic agreement.”

“I want to thank all the parties who persevered to find a solution to this longstanding problem. We did not let the perfect be the enemy of the good,” Representative Cheeseman said. “Compromise was required by all sides and as a result, we have a path to creating a solvent Unemployment Insurance Trust Fund for the first time in decades.”

“Workers who lose their jobs need to be able to count on unemployment benefits to sustain them until they’re reemployed,” Sue Garten, managing attorney of Greater Hartford Legal Aid and a member of the state’s Employment Security Advisory Board, said. “A solvent trust fund reduces pressure to cut unemployment benefits when workers need them most.”

The bipartisan proposal also includes recession recovery measures based on lessons learned from the COVID-19 pandemic. Specifically, it:

Finally, it defines each day of absence without either good cause or notice to the employer as a separate absence. The current definition includes one day or two consecutive days.

Connecticut’s unemployment insurance system is funded through three taxes. The heart of the program is a state-level, experience-rated tax set for each employer based on the amount of benefits drawn by that employer’s former employees. The experience tax is augmented, as needed to maintain fund balance, by a state-level, economy-wide solvency tax. Finally, the federal government collects taxes to pay for program administration and to recoup any federal loans.

Allowing most wages to escape unemployment taxes threatens fund solvency, reduces the power of the experience rating system, and disproportionately burdens small businesses and working families. Reducing the power of the experience rating system prevents unemployment insurance from functioning like an insurance product whose premiums are predictably related to utilization, allowing a small number of businesses to pay less than they owe, and forcing two-thirds of Connecticut employers to pay more than they should.