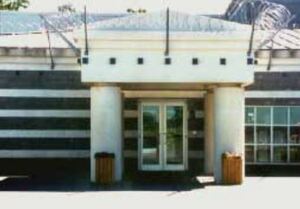 Governor Ned Lamont today announced that as of this morning, the Connecticut Department of Correction has officially closed Northern Correctional Institution, roughly three weeks ahead of the agency’s initial target to close the facility by July 1.

Governor Lamont announced plans to close the correctional institution earlier this year, largely because of the significant drop in the state’s incarcerated population, which has decreased by approximately 3,400 individuals over the last 15 months. The state’s total incarcerated population at all facilities currently stands at roughly 9,000 individuals, which is substantially down from the all-time high of 19,894 in February 2008.

Northern Correctional Institution is located in Somers and was opened in 1995. Over the last year, the facility’s population has not exceeded 100 individuals. Its all-time high population was 510 in January 2003.

All of the individuals who were most recently incarcerated at Northern have been transferred to other maximum-security facilities throughout the state, with the last of those individuals having been transferred on Monday. Its closure will save the state approximately $11.75 million in annual operating costs.

“New prison admissions in Connecticut have declined significantly over the last decade and the incarcerated population is currently at a 32-year low,” Governor Lamont said. “This is even as violent, high-risk inmates are serving more of their original sentences than ever before. Spending millions of dollars annually to operate facilities for a population that continues to get smaller and smaller is not a good use of resources, especially as we work to reduce the cost structure of state government. I applaud the ongoing work of all the correctional professionals at the Department of Correction, who keep our facilities safe and secure.”

“I have to once again give credit to the Department of Correction staff, this time for the professional manner in which they systematically went about closing the Northern facility,” Correction Commissioner Angel Quiros said. “There were a lot of moving parts that needed to be coordinated, and they were able to do so – during a pandemic – without negatively affecting the safety of the incarcerated population, their fellow staff members, or the public at large.”

At the time that Governor Lamont announced plans to close the facility, it was being staffed by approximately 175 correctional professionals. There were no layoffs associated with its closure. The Department of Correction worked closely with staff members and their union representatives to redeploy them to other facilities within close proximity.