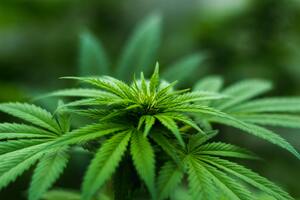 “It’s fitting that the bill legalizing the adult use of cannabis and addressing the injustices caused by the war of drugs received final passage today, on the 50-year anniversary of President Nixon declaring the war. The war on cannabis, which was at its core a war on people in Black and Brown communities, not only caused injustices and increased disparities in our state, it did little to protect public health and safety. That’s why I introduced a bill and worked hard with our partners in the legislature and other stakeholders to create a comprehensive framework for a securely regulated market that prioritizes public health, public safety, social justice, and equity. It will help eliminate the dangerous unregulated market and support a new, growing sector of our economy which will create jobs.

“The states surrounding us already, or soon will, have legal adult-use markets. By allowing adults to possess cannabis, regulating its sale and content, training police officers in the latest techniques of detecting and preventing impaired driving, and expunging the criminal records of people with certain cannabis crimes, we’re not only effectively modernizing our laws and addressing inequities, we’re keeping Connecticut economically competitive with our neighboring states. Connecticut residents will benefit from the portion of cannabis revenues that will be dedicated to prevention and recovery services. This measure is comprehensive, protects our children and the most vulnerable in our communities, and will be viewed as a national model for regulating the adult-use cannabis marketplace.

“I look forward to signing the bill and moving beyond this terrible period of incarceration and injustice.”

The legislation is Senate Bill 1201. Governor Lamont will sign the bill when it is transmitted to his office.