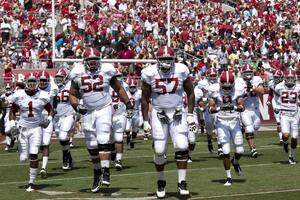 Governor Ned Lamont yesterday announced that he has signed into law a bill that will allow college student-athletes in Connecticut to be compensated for their name and likeness by engaging in paid advertisements, something that is now forbidden by the NCAA.

A provision included in Public Act 21-132, which the governor signed today, permits college athletes in Connecticut to earn compensation through an endorsement contract or employment, and they can hire the legal or professional representation of an attorney or sports agent. It takes effect September 1, 2021.

“For decades, student-athletes have been unfairly prevented from being compensated for use of their own image, while other organizations have made billions from the performance of these college students,” Governor Lamont said. “I’m glad to have signed this bill into law and add Connecticut to the growing list of states that say student-athletes should be able to be compensated for their talents.”