Details
Published on Wednesday, 01 September 2021 09:13
Written by Office of the Governor. 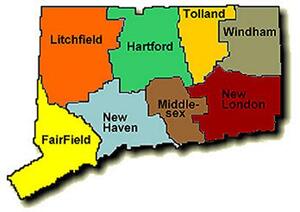 Governor Ned Lamont yesterday announced that he has received notice from U.S. Department of Agriculture Secretary Tom Vilsack that his request has been approved for Connecticut to receive an agriculture disaster declaration as a result of damages caused by Tropical Storm Elsa in early July.

The declaration means that farmers in the state are eligible to be considered for certain disaster assistance from the Farm Service Agency to cover production losses from the storm, such as emergency loans, provided that eligibility requirements are met. While only six of Connecticut’s eight counties are named as primary counties in the declaration – including Hartford, Litchfield, Middlesex, New London, Tolland, and Windham – Fairfield and New London are named as contiguous disaster counties, making all farmers statewide eligible.

“Farm owners are small business owners, and not only do they employ a significant number of workers and generate economic activity, but they grow the food that we all rely on,” Governor Lamont said. “Any bit of relief from the damage sustained during this tropical storm will be an aid to these farmers. The USDA has been a great partner to Connecticut – I appreciate their assistance on this recovery effort, and I thank President Biden and Secretary Vilsack for approving this designation for Connecticut.”

“We’re grateful to President Biden and Secretary of Agriculture Vilsack for approving this disaster declaration to help Connecticut farmers,” the members of Connecticut’s Congressional delegation said in a joint statement. “The destruction from Tropical Storm Elsa caused damages and losses to our farmers through no fault of their own, and the federal government stands ready to help them recover. We’re hopeful that the Farm Service Agency will be able to provide help and financial assistance quickly to eligible farmers, as we must take care of those who put food on Connecticut families’ tables.”

During Tropical Storm Elsa, the National Weather Service recorded wind speeds across Connecticut between 39 and 42 miles per hour, and rainfall between 1.5 to 5 inches. Additional thunderstorms in the days following further complicated the recovery, increasing the month of July’s rainfall totals between 104% to 382% across the state.