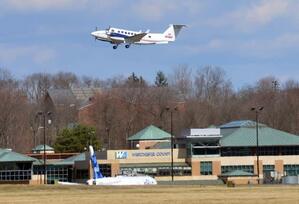 The New York Post reported last Monday that migrant children are being flown to Westchester County Airport in NY and are then being bused to Danbury, Bridgeport and Newburgh, NY.

A NY Post analysis of online flight-tracking data suggests that around 2,000 of the underage migrants have arrived at the airport outside White Plains on 21 flights since Aug. 8. Records show some of the planes landed between midnight and 6:30 a.m., when a voluntary curfew is in effect at the airport, with two arriving from Houston at 2:13 a.m. and 4:29 a.m. on Aug. 20.

The Danbury News Times reported on Friday that Connecticut Senator Richard Blumenthal, Danbury Mayor Joe Cavo and Ct. Governor Lamont's Office have no knowledge of the claims made in the NY Post report.

Danbury Mayor Joe Cavo told the News-Times “We’re trying to find out, but I have nothing that says that’s happening at this moment,” he said. “We’re just trying to do our due diligence.”

The New York Post reported Monday that an unnamed “source familiar with the operation” at the Westchester airport said the children typically arrive with backpacks and are bused to Bridgeport and Danbury, as well as various locations in New York.

White House Press Secretary Jen Psaki confirmed in her press briefing on Tuesday that children have passed through the Westchester County Airport on their way to be “unified” with a parent or vetted sponsor. This is happening across the country and is part of the Office of Refugee Resettlement’s process to facilitate travel for children in its custody, she said.