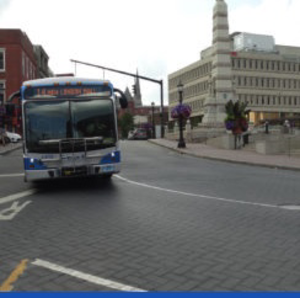 Governor Ned Lamont yesterday announced that the Connecticut Department of Transportation has been awarded a $20,394,000 grant from the Federal Transit Administration (FTA) to fund major capital improvements at the Southeast Area Transit District (SEAT).

Delivered under the FTA’s Buses and Bus Facilities Program and the Low or No Emission Vehicle Program, the grant is among the agency’s first competitive grant awards under the recently enacted Bipartisan Infrastructure Law. The programs support the Biden-Harris administration’s commitment to expand the country’s transportation infrastructure, create and maintain good-paying jobs, and fight climate change.

“This funding is being targeted for a long-overdue upgrade and modernization of the bus system in Southeastern Connecticut,” Governor Lamont said. “With continued investments in our infrastructure and transit facilities like this one that we are making for SEAT, we are creating a more sustainable and reliable public transportation system in Connecticut. President Biden’s Bipartisan Infrastructure Law is a game changer for our state. Our Congressional delegation helped push this bill through, and its impact will be felt in Connecticut for the next generation.”

“This funding will bring Southeastern Connecticut’s transit system into the 21st Century and ensure Connecticut residents have access to modern, reliable public transit,” Senator Richard Blumenthal said. “When we passed the Bipartisan Infrastructure Law last year, we knew the legislation would deliver transformative results for Connecticut’s aging infrastructure. Not even a year after passage and we are starting to see this vital legislation bring significant investments to our state.”

“The new infrastructure bill is upgrading mass transit across eastern Connecticut as never before,” Congressman Joe Courtney said. “For many seniors and workers, this upgrade will make bus service more attractive and help overcome the ‘tyranny of distance’ that is a barrier to work and services for many in the region. One of the reasons I voted for the IIJA was its historic increase in support for mass transit that extends better service in more sparsely populated parts of Connecticut.”

“We are thankful for the continued partnership with the Federal Transit Administration, Governor Lamont, and our Congressional delegation, who are leading the push to invest in our public transit systems, helping to get people out of their cars and on to mass transportation,” Connecticut Transportation Commissioner Joe Giulietti said. “We have a robust public transit network, and these funds will help modernize facilities and bring additional buses into service. By investing in public transportation, this grant will help us cut emissions from the transportation sector, advancing Connecticut’s environmental goals.”

SEAT’s existing 30,000 square-foot facility in Preston was built in 1980 and is used for bus storage, maintenance, and administrative activities. The improvements this grant will support include a complete retrofit of the current building coupled with a newly constructed 25,000-square-foot garage addition. The project will include infrastructure and site improvements, power upgrades, and maintenance shop enhancements. With this funding, the Connecticut Department of Transportation and SEAT will continue design efforts for these capital renovations and plan to begin construction in 2024 with completion tentatively planned for the end of 2025.

SEAT is a transit district that operates a public bus system in southeastern Connecticut. Although it primarily relies on state funding, it functions as a local government agency that is overseen by a board of directors consisting of representatives of its member towns, which include East Lyme, Griswold, Groton, Lisbon, Montville, New London, Norwich, Stonington, and Waterford.