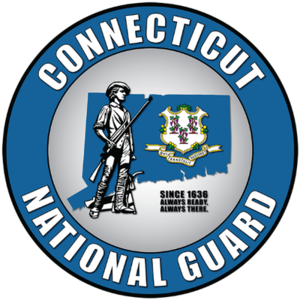 Governor Ned Lamont today announced that he has submitted a request to the U.S. Department of Homeland Security to extend support for the Connecticut National Guard’s statewide response to the COVID-19 pandemic through December 31, 2020.

In March, the department approved the state to receive federal reimbursement for all of the costs associated with activating the Guard in its support of emergency response operations in the wake of the pandemic, however that agreement is set to expire August 7. Governor Lamont said the National Guard is playing a critical role in assisting emergency management and public health officials with lifesaving needs, and the state continues to rely on its support.

“The Connecticut National Guard has demonstrated that its ability to respond is constant, and their unwavering response is a big reason why we have been able to significantly bend the curve from the initial outbreak,” Governor Lamont said. “Not only are they providing state government with needed support, but they regularly partner with local and federal agencies to help protect our communities. I thank the Guard for their commitment to the citizens of Connecticut and the impact they’ve made here.”

Since its initial involvement on March 20, over 1,000 Connecticut National Guardsmen and members of the State Militia have been called to duty to support operations designed to enhance the state’s health care infrastructure. Tasks have included the erection of mobile field hospitals, delivery and distribution of millions of pieces of personal protective equipment, nursing home inspections and support, and testing kit assembly and collection.