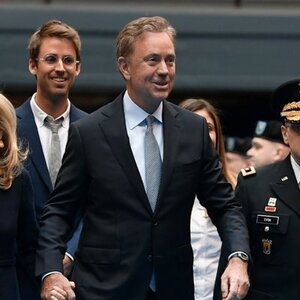 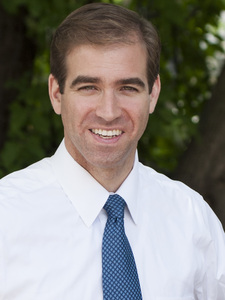 Governor Ned Lamont today announced that at the request of Mayor Luke Bronin, he is directing the Connecticut State Police to provide the Hartford Police Department with additional resources to target a recent increase of gun violence in the state’s capital city.

Connecticut Emergency Services and Public Protection Commissioner James Rovella and his staff have spoken with Mayor Bronin, Hartford Police Chief Jason Thody, and other Hartford community leaders regarding Mayor Bronin’s request for assistance and are responding to the needs and concerns that the community has outlined around the deployment and use of Connecticut State Police Troopers in Hartford. Those resources will include embedding State Police Major Crime Detectives into the Hartford Police Department Violent Crimes Task Force. Using data and intelligence, this partnership’s focus will be identifying the small group of violent actors responsible for the majority of fatal and non-fatal shootings within the city.

“The state is here to provide support where we can, especially when it comes to public safety,” Governor Lamont said. “The Connecticut State Police will work collaboratively with the City of Hartford and its police department.”

“As we fight back against an unusually sharp spike in gun violence, we’re dedicating every resource we have in a focused, deliberate way, and I’m grateful to Governor Lamont, Commissioner Rovella, the Connecticut State Police and the Department of Correction for acting quickly to work in partnership with us,” Mayor Bronin said.  “It’s important to be clear that this is not a broad deployment of State Police to patrol Hartford, but a carefully targeted assignment of investigative and other specialized resources as part of a state, local, and federal partnership to directly address the drivers of this spike in gun violence.  We also believe that the increased parole supervision by DOC is an important part of the response, and appreciate DOC taking that action.”

During this period, the Statewide Narcotics Task Force will center its investigations in Hartford, concentrating its efforts toward the seizure of illegal and stolen guns, and focusing on the most violent offenders involved in the narcotics trade.

The State Police’s multi-city auto theft task force will also have a presence in the city, and will focus its efforts in and around Hartford based on the stolen vehicle activity in the area. In many instances, these stolen vehicles have been linked to shootings, illegal firearms, and illegal narcotics. Further, in an effort to increase patrol and enforcement without over-impacting or over-policing Hartford’s neighborhoods, the State Police will strategically deploy uniformed troopers assigned to the Traffic Services Unit to the state on-ramps, off-ramps, and highways in Hartford.

Additionally, while none of the individuals who have recently been taken into custody in Hartford and charged with a shooting have been identified as someone under the supervision of the Connecticut Department of Correction, parole officers with the state agency will be increasing their in-person contacts with individuals who are under supervision in Hartford and are considered high-risk. The Department of Correction has two parole officers and two correctional officers assigned to the Hartford Police Department, and it will continue to lend that support to the city as long as it is needed.

This partnership and the need for the presence of State Troopers in Hartford will be consistently reassessed, with direct input from city residents and community leaders. All COVID-19 precautions will be taken during this period of support for Hartford.