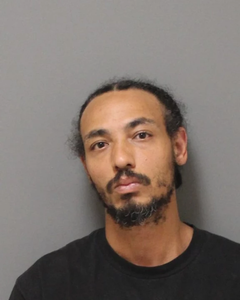 On Friday, January 15, 2021 at approximately 2:57 p.m., Troopers out of Troop I-Bethany were dispatched to the New Haven Superior Courthouse located at 121 Elm Street, New Haven, CT. for a complaint of a disturbance.

Troopers received reports that Pedro Borrero (D.O.B: 10-24-1984) of 89 Paul Street, New Haven entered the lobby and was not wearing a face mask as required by the Executive Order. Borrero was immediately escorted out of the lobby and detained by Marshals.

Borrero was charged with violating (C.G.S. 53a-181) Breach of Peace in the Second Degree and violating Executive Order 9B-2a(1) violation of Face Cover Requirements. Borrero was released on a $2,500 non surety bond and is scheduled to appear in court on March 12, 2021 to answer to said charges.