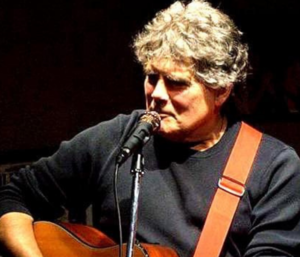 The JCC in Sherman presents “Some of My Songs” starring Mike Latini with special guest Susanna Marker Saturday, June 25th at 7:00PM

Join us at the JCC in Sherman on Saturday, June 25th at 7pm for a special performance of “Some of My Songs” starring Mike Latini with special guest Susanna Marker.

Mike Latini developed his craft in New York City and Boston, performing in rock bands and singer song-writer venues throughout the northeast, His immediately accessible music, engaging performance style and unique lyrical perspectives enable him to ride the rails from the sublime to the ridiculous, and make all the stops along the way. After years on the local streets and national roads, has recently been playing his music in clubs and on concert stages in the New York, New Jersey, New England area, with occasional forays into the heartland.

His fourth and latest album, “2020 Visions”, written during, and largely about, the pandemic year is being released in connection with this show. His earlier collections are available on iTunes, Spotify, etc., and can be heard at www.mikelatini.com Susanna Marker is a singer-songwriter based in Sherman, CT. She’s performed her original music throughout the region as both a solo act and with several bands. Her songs have been described as clever, inspired, and sensitive.