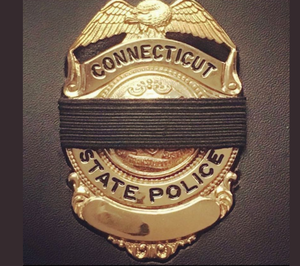 A well-respected veteran Connecticut State Trooper lost his life early this morning as sweeping floodwaters from the Pomperaug River flooded a road in Woodbury.

Hours after Troop L last heard from him, Sergeant Brian Mohl was found by search and rescue teams in the waters of the river, swollen by the torrential rains of downgraded Hurricane Ida. “It is with deep regret and sadness that I report that the State Police today lost a good man who dedicated more than a quarter-century to protecting the citizens of Connecticut. Sgt. Mohl was committed to helping others, to keeping public safety his priority and to always assisting his fellow Troopers,” said Colonel Stavros Mellekas, Commanding Officer of the State Police. “Every line of duty death is heartbreaking and the loss of Sgt. Mohl is no different. He was outside, in the middle of the night, in horrendous conditions, patrolling the Troop L area. He was doing a job he loved and he was taken much too soon,” Colonel Mellekas added.

Sergeant Mohl entered the State Police Training Academy on November 25, 1994, and graduated on June 1, 1995, with the 105th Training Troop. He was assigned to Troop A in Southbury and transferred to Troop L in Litchfield after being promoted to Sergeant in May 2000. He also served as Sergeant at Troop B in North Canaan, Troop G in Bridgeport and Troop H in Hartford before returning to Troop L in 2008. Sgt. Mohl is the 25th Connecticut State Trooper to die in the line of duty.

The Officer Down Memorial Page reports 31 line of duty deaths due to drowning since 2010.