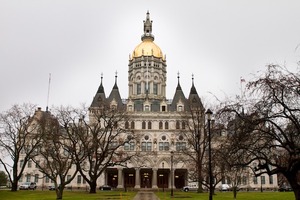 HARTFORD, CT – Today, CT Democrats on the legislature's Planning & Development Committee closed down a public hearing on multiple bills that raise questions of environmental zoning issues, open space preservation and overdevelopment, and local control, in effect turning away over 150 people who had signed up to testify.

Republicans sought to recess the hearing and restart it following today’s House session to give the public the opportunity to continue testifying at a later date or time. Democrats denied the request and ended the hearing.

Sen. Kelly, said, "CT Democrats have gone out of their way to find historically controversial issues and then use virtual technology to limit conversation, exclude people, and suppress their voices. Almost 70% of the people who wanted to testify on these zoning bills that raise serious environmental and open space concerns were turned away. Legislators were limited to five minutes of questions, an atypical move that dramatically restricted discussion with the public."

Sen. Kelly continued, "This is not the first time the public's voices have been suppressed by CT Democrats this session. A few weeks ago a Public Health Committee hearing turned away nearly 80% of the people who signed up to testify. This is a reoccurring theme. CT Democrats will bend over backwards to make sure they have your vote, but they don’t value your voice once elected. CT Republicans believe your voice is important regardless of who you voted for and we will continue to push to make sure all voices are heard. This is a big difference between our two parties," said Kelly.

Sen. Hwang said, “This was a pivotal day for the Planning and Development Committee as we heard from the stakeholders on proposed bills impacting Zoning, Affordable Housing and Land Use. I made a statement at the beginning of this hearing which we knew from the onset was expected to go on for the majority of the day. I continue to state my eagerness to listen, learn and exchange ideas and possible solutions to addressing CT’s need for affordable, accessible and diverse housing in every community, including urban, rural and suburban."

Sen. Hwang continued, "I want to be on the record voicing my disappointment and concern about the state of government transparency and public input process with the Chair’s restriction of exchange with those who made an effort to testify today. As the ranking member with experience as a past chairman of the Housing Committee, I am acutely aware of how the committee leadership can impact the effectiveness and flow of a meeting built to allow public input. Another example of skirting around transparency and collaboration is my on-the-record request at Planning and Development’s Jan 22 Committee meeting to work together on bill language was completely ignored. Instead the Committee raised many of these concepts without any language - what are colloquially called ‘dummy bills.’

“I have had no participation or input in drafting these raised bills to be discussed at this hearing, although it seems that many lawyers, developers, and Democratic insiders who control the agenda in Hartford have been working closely with Democratic leadership on drafting language and concepts. I find that disappointing and counter to the tone and approach of this committee on many other issues we do address together.

“AND the committee chairs LIMITED testimony twofold, both in the length of each individual conversation and the time cap on the entire hearing. This was valuable time to help us listen, learn and exchange ideas, which I find especially troubling.

“I hope that moving forward we will earnestly and genuinely work together in a bipartisan collaboration toward creating a solution that engages neighborhoods, local, state and federal in crafting policies that will benefit urban, rural and suburban communities,” said Hwang.