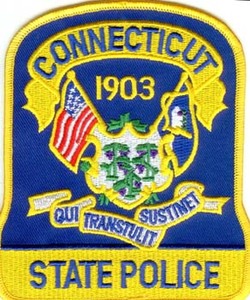 Connecticut State Police report that they have identified the victim of a structure fire in Sherman as Richard Genalski. Police say the Medical Examiner has determined that the cause and manner of death was accidental; the result of smoke inhalation and thermal injuries.

Please read below for details from CT State Police.

On September 19, 2021 at approximately 1822 hours, a structure fire was reported at a residence located at 57 Route 55 West in the Town of Sherman, Connecticut. A joint investigation conducted by the Sherman Fire Marshal’s Office, the Connecticut State Police Fire & Explosion Investigation Unit, and the Western District Major Crime Squad, was conducted. On September 20, 2021 at approximately 1435 hours, detectives assigned to the Connecticut State Police Fire & Explosion Investigation Unit recovered human remains from the basement of the residence. The remains were removed from the residence and transported to the Office of the Chief Medical Examiner in Farmington for a post mortem examination, which was conducted on September 21, 2021.

The deceased has been identified as Richard Genalski (DOB: 07/02/1945) of the aforementioned address.