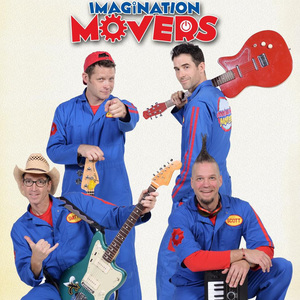 Tom Green and The Imagination Movers are headed BACK to Newtown!

The success of the Tom Green Show has landed him roles in mainstream Hollywood movies like Road Trip, Freddy Got Fingered, Stealing Harvard, Charlies Angels and more! Now Tom Green’s sold out Stand Up Comedy Tour is getting 5 star reviews worldwide. Don’t miss the insanely hilarious stand up comedy of Tom Green when he comes to Newtown. His brilliantly cracked view of the world around him makes for non-stop laughter every time.

The Imagination Movers - Sunday, May 3rd at 12PM  at Edmond Town Hall Theater

The Imagination Movers are a rock band for families and the EMMY winning stars of a hit TV series seen worldwide on Disney Junior.

The Movers are known as a high-energy, interactive live music act. Over the last decade, they have entertained more than a million fans in North America, Europe, and Asia.