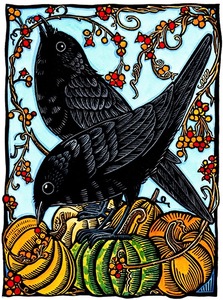 All lectures, sponsored by the WCSU Department of Art M.F.A. in Visual Arts program, will be in Room 144 of the Visual and Performing Arts Center on the WCSU Westside campus, 43 Lake Ave. Extension in Danbury. Admission will be free and the public is invited; advance registration is requested at www.wcsuvpac.eventbrite.com.

The series will begin at 11:30 a.m. on Tuesday, Feb. 4, with a lecture by Connecticut artist Andrea Wisnewski, whose works in illustration, paper cutting, printmaking and design have gained popularity with publishers and clients nationwide and abroad. Recipient of a B.F.A. from the University of Connecticut, Wisnewski began her career as a staff illustrator for the Hartford Courant before embarking more than three decades ago on her own illustration business as founder and owner of Running Rabbit Press in Storrs. Her clients have included the New York Times, Washington Post, Wall Street Journal, Newsweek, Paris Match, Simon and Schuster, Macy’s, Clarkson Potter, Cricket and Babybug. She has authored and illustrated children’s books for David R. Godine Publisher including “Trio: The Tale of a Three-Legged Cat” and “Little Old Farm Folk.”

Wisniewski’s illustrations draw inspiration from the natural world in whimsical portrayals of animals, birds, flowers and other subjects. She attributed the origins of her interest in papercuts to a lifelong “love affair with paper, so much so that as a first grader, I was reprimanded for hoarding a desk full of lined penmanship paper.” From sketches transferred in reverse to the back of clay-coated paper, her signature papercuts have taken form through her skillful use of an X-Acto blade and subsequent hand-painting with watercolor to finish the work. Her recent works have featured designs carved in linoleum to make plates for printing on a hand-built press, creating prints sold at art shows around New England and on her website.

Other artists featured in the M.F.A. spring semester lecture series include: