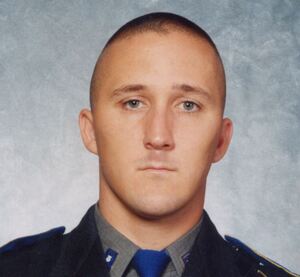 State Police say that Dragon was a proud member of the 107th Training Troop and entered the State Police Training Academy on January 9, 1998. Upon graduation from the academy, TFC Dragon served as a patrol trooper at Troop D in Danielson, as a Resident Trooper in the town of Sterling, as a Detective in the Eastern District Major Crime Squad and as a Detective in the Fire and Explosion Investigation Unit.

"Our thoughts and prayers are with his family," State Police say.