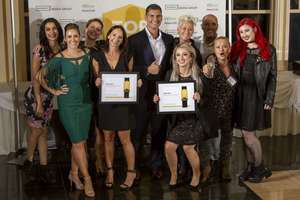 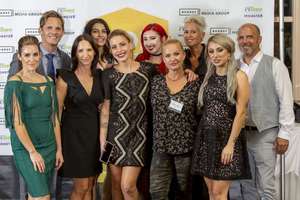 Ridgefield, Westport, Newtown, CT - September 27th, 2019 - WHIP SALON has been awarded as a Top Workplaces 2019 honoree by Hearst Connecticut Media Group for small businesses. Out of nearly 1,000 businesses across the region it placed eleventh in the small business category and also picked up a nod from employees as being the most open to “New Ideas.” This was the first year Whip Salon entered. It is the youngest company on the list to receive this distinction and is the only beauty salon to be recognized.

The award is based solely on employee feedback gathered through an anonymous third-party survey of 24 questions. The categories measure across several aspects of workplace culture including alignment, connection, effectiveness, management, leadership, engagement and working conditions.

“Creating a culture for individuals to flourish in an environment based on teamwork, mutual respect and passion for the beauty industry is at the foundation of our salon company,” said Amy Pal, Founder of Whip Salon. “Winning Top Workplaces in Connecticut is an incredible honor because it’s not something you can buy. It’s an achievement we've earned and a distinction that will give our organization a competitive advantage both in attracting clients and employees alike.”

In addition to Whip Salon winning 11th place for small businesses out of 33 that were selected, the company also picked up the “New Ideas” special category award due to strongest agreement companywide with the statement “New ideas are encouraged at this company.”

Whip Salon is a full-service beauty salon with three locations in Connecticut including Ridgefield, Westport and Newtown and employs over 60 people. Whip Salon is currently in the process of franchising and has plans to grow regionally in 2020.

Whip Salon is committed to offering top quality salon services such as cuts, color, blowouts, makeup and spa services for women, men and children. Whip Salon is focused on ease, excellence, edge and “extras.” Clients are able to easily book online or through a downloadable app called Whip Salon for last-minute bookings. Whip Salon has locations in Ridgefield, Westport and Newtown Connecticut.