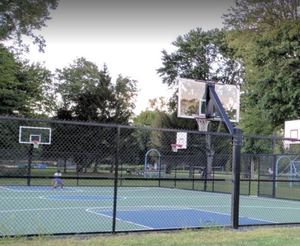 Parks and Recreation tennis lessons which are typically held at Dickinson Courts Monday through Friday, will be held on the Treadwell Courts from 9:00am until 1:00pm during that time period.