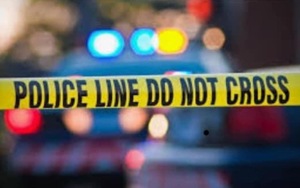 Newtown Police report that today at about 1pm police were called to a residential home located in the Riverside Road, Sandy Hook, area of town, for an individual who was in need of crisis intervention.

Police and medical personal arrived shortly thereafter and it was during the subsequent investigation the subject was able to break free and engaged in a foot chase. The subject managed to lock themselves in a secured outbuilding, police say.

According to the police report, due to other credible information the combined Danbury Regional Emergency Service Team was called to the scene to assist in the safe extraction of the subject so that they can receive the proper medical care.

“Police are in full control of the scene and the scene is still active while negotiators work with the subject to get help. I can say with all certainty that this incident is contained and isolated. There is absolutely no immediate danger to area residents,” remarked  Lt. Aaron Bahamonde.