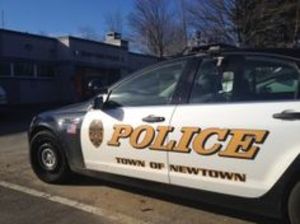 Newtown Police report that during the overnight hours, some unknown individual(s), stole a 2017 Mazda CX5, color black, from the driveway of a residence on Cantebury Rd. CT Marker Plate #AK58405.

"Several other calls were received by police in different areas of town reporting that several other cars had been opened up and rummaged through," Newtown Police say.

Police ask residents to remove car keys, valuables, and to lock their cars.