Course On History of The American West 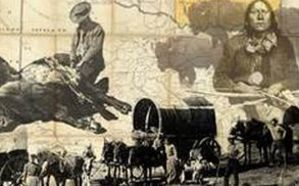 On Tuesdays from January 8 through January 29, professor Hamish Lutris will teach a weekly series at Noble Horizons on the settlement of the American West. The free classes will be held in the Learning Center from 10 to 11:30 a.m. on January 8, 15, 22 and 29.

The series launches with Men to Match my Mountains: Mountain Men and the Opening of the West which explores the search for freedom, space, and money in the west. In Gone to Texas: The Civil War and the West on January 15, Lutris discusses the effects of the war on the West, including its mapping, the conquering of hostile native tribes, the settlement of refugees and farmers, and the development of technology to complete the conquest. The topic the following week is Hell on Wheels: The Wild West that examines the period between 1850-1890 during which the dangers included the cattle that drew cowboys and big business; Indians, who contested that expansion doggedly; and the railroad, which served to draw the nation together and subjugate Native Americans. His final class, Sodbusters and Colleges: The

Winning of the West explores the immigration, technologies, and political actions that helped tame the vast land that we call the West. Registration for Lutris’ series is at www.noblehorizons.org or 860-435-9851; Noble Horizons is located at 17 Cobble Road, Salisbury, CT.