James Madison, Fiber Optics, and the Imperatives of Civic Engagement 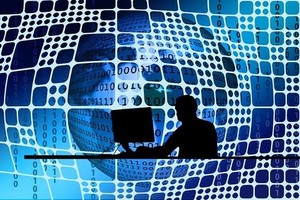 On August 3 at 11 a.m., Noble Horizons welcomes Kim Maxwell, Ph.D., founder of the company that invented the modern dial-up modem and founder of the business that was awarded the worldwide standard for DSL.  Invoking the words of James Madison, "In a free society the people must have a say in the laws that govern them," Maxwell will discuss the erosion of the people's role in government, due largely, he argues, to the growing complexity of and chaos in our telecommunications infrastructure, especially in northwest CT.

Dr. Maxwell attributes the current political instability and communication challenges to the 1996 Telecommunications Act and the government’s inability to make changes that will move CT into the communications future. He believes that it is incumbent upon local communities to begin restoring effective civil engagement by mounting initiatives to improve communication channels, particularly broadband and fiber optic networking.

In addition to starting and presiding over the aforementioned companies, Dr. Maxwell formed and was the first chair of the DSL Forum, now the Broadband Forum, which builds standards for broadband transmission.  He wrote, "Residential Broadband: The Battle for the Last Mile" and teaches seminars in Norfolk, CT on topics ranging from WWl literature and Shakespeare to the Federalist Papers and a five year exploration of the foundations of western literature.  Dr. Maxwell  earned a BA and PhD in English Literature from Stanford University, and splits his time between Norfolk, CT and Silicon Valley.  Registration for this free program is at www.noblehorizons.org or 860-435-9851.  Noble Horizons is located at 17 Cobble Road in Salisbury, CT.