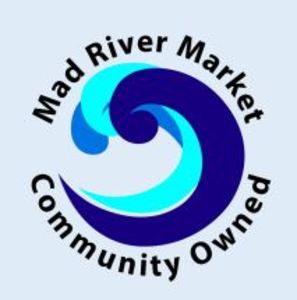 Joins in National Celebration of Co-op Month in October

This October, Mad River Market is joining over 40,000 co-operatives and credit unions across the United States in celebrating Co-op Month, observed nationally since 1964. This year, the National Cooperative Business Association has chosen “Co-operatives See the Future” as the theme for the month, inviting co-op members to work together to make the world a better place, now and for future generations.

Locally, Mad River Market is hosting an Open House on Saturday, October 20, from 4:00 to 6:00 pm at their business office at 10 Bridge St, Loft 14, Winsted, CT. The theme of the open house is ‘Meet The Co-Op Economy’, with representatives from the Torrington Municipal & Teachers Federal Credit Union, the worker co-operative Equal Exchange, and the Colebrook, CT based Northwest Community Co-Op joining Mad River Market to share different aspects of the co-op economy with the community.“In addition to enjoying some light refreshments and learning the latest about Mad River Market’s organizing work, guests will get to learn about other co-operatives already part of our local and regional economy,” said Phillip Allen, Project Manager for Mad River Market. “Credit Unions are the co-operatives of the banking world, and Torrington Municipal & Teachers FCU is opening a new branch in Winsted. Equal Exchange is a worker-owned co-operative partnering with small farmers around the world to build long term relationships for sourcing fairly traded coffee, tea, chocolate, cocoa and various fair foods. Northwest Community Co-Op is a nonprofit consumer co-op operates a buyers’ club, giving members access to shared buying in bulk from a leading organic and natural foods distributor.”“We’re very excited these co-operatives are joining us to celebrate National Co-Op Month,” Allen added.

“From healthy food to organic agriculture, Fair Trade to building stronger local economies, good jobs to helping alternative energy, food co-ops have been pioneers, empowering people to work together to make the world a better place,” said Erbin Crowell, Executive Director of the Neighboring Food Co-op Association (NFCA).  “And as our co-ops look to the future, we are working to build a more fair, sustainable, and inclusive economy that works for everyone.”

A little over a decade ago, the co-ops that would later form the NFCA began envisioning how the future might be different if they worked together.  As a first step, they commissioned a study to better understand their shared impact.  At the time, few would have guessed that these 17 co-ops had a combined membership of 64,000 people and annual revenue exceeding $161 million. They also had a dramatic impact on local economies, including sales of more than $52 million in local products and jobs for over 1,200 people. Taken together, food co-ops in Vermont were among the top 25 employers in the state!

This year, the NFCA surveyed the same co-ops to see what changed over the past decade.  Though one co-op from the original study closed its doors, the others have continued to grow, with overall membership expanding 38% to more than 88,000 people who, together, own their local grocery store.  Shared revenue has also increased 39% to over $224 million, with sales of local products growing to $64.7 million.  Employment grew 20% to 1,485, while and wages grew 69%, from $28.6 million to almost $48.3 million, reflecting the commitment of food co-ops to more sustainable jobs.

During the same time, the NFCA as whole has grown, and now includes over 35 food co-ops and start-ups, locally owned by more than 144,000 members and employing over 2,300 people.  Together, these food co-ops generate shared annual revenue of $330 million, including sales of $90 million in local products.

And food co-ops are not alone in their contribution to more resilient local communities.  From farmer co-ops to worker co-ops, credit unions to mutual insurance, and housing co-ops to energy co-ops, co-operative businesses thrive across the U.S. economy, where 1 in 3 people are members of at least one co-op or credit union.  Nationwide, co-operatives create 2.1 million jobs and generate more than $650 billion in sales and other revenue annually. Because they are member-owned, co-ops are driven by the needs of the people who work there or use their products and services, rather than maximizing profit.

To find a food co-op near year, and for more examples of how co-ops are building a better future for everyone, please visit www.nfca.coop.