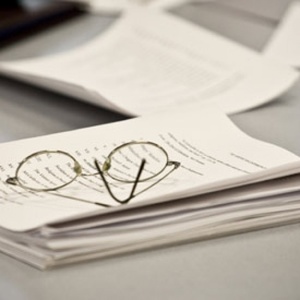 TLC is beginning another year this month with the following 9 courses
beginning with Great Music III which examines the evolution of Western
music from the Romantic Period through the twentieth century and Monday
afternoon Tom Gruenewald will present Opera on Stage and on the Big Screen which will be coordinated with the 2019-2020 Metropolitan Opera HD broadcasts as shown at the Movie house in Millerton and the Mahaiwe in
Great Barrington. Both on Monday at Geer. Tuesday at Geer  Richard Reifsnyder will present  When Life Feels Unfair --  An Exploration of the book of Job and at Noble Larry Rand will examine the court’s rulings in
Robert’s Court 2018 – 2019: Slow Step or Lurch to the Right. On
Wednesday at Geer David Bayersdorfer will present Are you Ready for the 2020 Election? What do you plan to do as a Republican, Democrat or Independent to have the candidate of your choice win?  Robert Rumsey’s course on Eisenhower and the 1950’s will examine his life and career to suggest why he is now viewed so positively.  Richard Collins, Tracy Atwood and Peter Vermilyea will discuss the Foreign Policy Association’s Great Decisions 2019, one topic will be Refugees & Global Migration. Poetry Around the World will be presented by Maura Wolf at Noble on Thursday.   Larry Rand will continue with Marginalized Americans, this time on Jewish Americans. Playreading with Robert Rumsey reading plays by August Strindberg, both
classes at Noble.

TLC is organized by volunteers and our instructors are the heart of the organization.  They are local residents often retired from successful careers
and enjoy sharing their expertise with interested audiences. They are not
paid which is why their courses are prepared with humor and goodwill.  We
would like to introduce two of our instructors.

Maura Wolf a graduate of the college of St. Elizabeth in Convent Station, NJ
received a Masters Degree in English from Boston College in 1962. After teaching in high schools for nine years, working for The New Yorker Magazine
for two years and raising five children with her husband Richard, she worked
as a realtor for 28 years, 16 with Elyse Harney Real Estate in Salisbury.  She
now hopes to share her love of poetry with TLC members.

Bob Rumsey received a B.A. in comparative literature with a concentration in
modern drama from Columbia University and an M.A. in American History from
Trinity College, Hartford.  Eventually switching to architecture, he designed
custom homes in Litchfield County for four decades until his retirement.  He now
attends classes of all kinds at TLC.  He has been a devoted participant in
Rosemary Farnworth’s play reading classes for a number of years.

Classes are held every week at Noble Horizons in Salisbury and at Geer in
Canaan. Membership is opened to everyone with no limit to the number of classes one can attend in the year.  An annual tax deduction of $60 contribution helps defray operating costs. Detailed information on classes, times and
locations can be obtained from our website: taconiclearningcenter.org