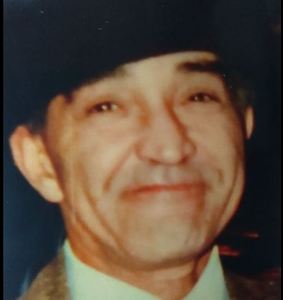 Robert Irving Treadway passed away peacefully in his sleep on Monday October 28, 2019. He was born on October 11, 1943 in Caanan CT. He was predeceased by his father Frank Treadway Sr., his mother, Mary Bailey Treadway and his brother Ernie Treadway of Norfolk Ct.

Robert was a lifetime resident of Norfolk. He is survived by his daughter Amanda Treadway, grandchildren Devon and Lucas Boibeaux, his lifetime companion Kathy Robinson, sister Kathleen Brennan and husband Donald, Frank Treadway Jr. and wife Pat, sister Juanita Hoffman and husband James and sister Patricia Forbes, as well as many nieces and nephews.

Robert was a proud veteran of our United States Army from 1966 until 1968. As a young man he studied stone masonry as an apprentice for his father, Master Stone Mason Frank Treadway Sr. His work can be seen to this day all of Litchfield County. He worked many years in construction, building bridges, pipelines and demolition. During his retired years he managed the family estate in Norfolk which he was very proud of. He and cared vigilantly and lovingly for his grandchildren Devon and Lucas Boibeaux.

Bobby, as he was commonly referred to as, was an avid outdoorsman who loved hunting, fishing and fast cars. He was very happy and social, always ready to make a new friend, experience an adventure or help someone in need. He was well known as an amazing dancer all his life from school dances into the disco era. He raised the vibration of every place he went. His kind and generous spirit will be missed very dearly by his family and friends.

A celebration of life will be held on Friday, November 8 at 11 a.m. at The Norfolk Congregational Church Chapel in Norfolk Connecticut with a reception immediately following at the reception hall at the chapel. Friends and family are welcome to bring a dish or dessert of their choice to share.

Condolences can be sent to the family by visiting www.kennyfuneralhomes.com.