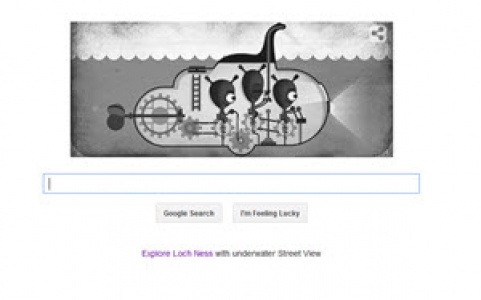 Life should be about mystery: moments where you metaphorically scratch your head and think about the order of things. They intrigue and engage, stretching our ability to reason. Along the way there are smaller mysteries. Practice, perhaps, for the biggest ones of all. And then every era has its emblematic public enigmas: Judge Crater’s disappearance, Amelia Earhart’s last flight, the Lost City of Z.

Now Google has brought its enormous resources to bear on one of the last great puzzles: the Loch Ness monster. For decades Loch Ness has been a tourist destination for amateur cryptozoologists searching for proof of Nessie’s existence. Since the famous photo taken in 1934, countless visitors have scoured the surface of the Loch hoping for a glimpse of the elusive beast.

Using technology similar to that used to record the street view images of city streets, Google map allows users to dive below the surface of the Loch and see what’s underneath. Along the way, they have grabbed an image that many believe is Nessie herself.