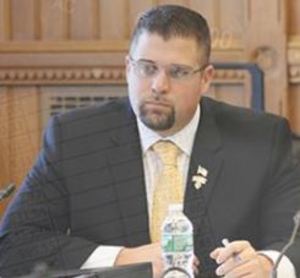 Two months into the current fiscal year, the legislative majority party has just unveiled its budget proposal. State Representative Brian Ohler (R-64) expressed severe opposition to this proposal because it is reliant on levying nearly $1 billion in new revenue from the citizenry of Connecticut.

The linchpin of the proposal would be to increase various taxes and fees that will directly affect Connecticut residents, such as licensing renewal fee increases and raising the state’s sales tax from the existing 6.35% to a higher 6.85%.

“The current administration and legislative majority have been responsible for the two largest tax increases in state history, which have both occurred within the last six years. The initial reasoning behind those tax increases was aimed at reducing overall deficits, however during that same time period state spending increased by 22% and did not create the revenue necessary for any form of financial stability,” Ohler explained. “Instead of taking a different route, the same logic has been applied to the current budget proposal, which simply is to increase taxes. This type of repetition that consistently yields poor results is the very definition of insanity.”

According to Ohler, in light of the mounting state deficit, 5 of the 9 municipalities he represents have had their Education Cost Sharing (ECS) dollars zeroed out by the governor.

“There are no-tax-increase options, which I have presented and support, on the table that are clearly being ignored by those in the majority. The legislative majority’s proposal, coming two months too late, reverts back to the same failed policies of increasing taxes. The governor’s solution is to cut crucial services and limit the opportunities for our children to learn,” Ohler said.

Ohler also mentioned that the Office of Policy and Management Budget Secretary, Benjamin Barnes, recently sent out a letter to municipalities to determine what local resources were available to them - an indicator that the state is looking to levy even more revenue from cities and towns.

“Our small towns should not be preyed upon for having sound fiscal practices. I refuse to allow the State of Connecticut to turn our modest fund balances into a discretionary fund for the governor. Just as I have in the past I will work together with my colleagues to provide the best possible solutions for my constituents,” concluded Ohler.

The House of Representatives is slated to be called into a special session in the second week of September, at which point, it is expected that there will be action taken on a state budget – a task Ohler, who is one of the few freshman members of the Appropriations Committee, says he’s been ready for since January.