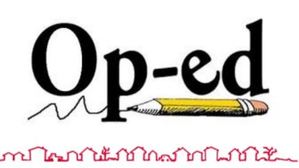 Bill Reudgen, 2017 candidate for Norfolk first selectman, believes his town could be one of the first in Connecticut to reap the rewards of newly implemented arrangements with traditional power companies, such as Eversource, that allow municipalities to generate their own electricity via solar photovoltaic systems and sell unused capacity back to the primary provider.

The centerpiece of Reudgen’s election campaign, solar revenue-sharing is one of a number of new ideas he is proposing to streamline Norfolk’s operations and take advantage of technologies the town is missing out on--such as the installation of fiber optic cable. “The importance of technology to the efficient operation of a small town like Norfolk as well as the means to attract low impact businesses can’t be over-emphasized,” said Reudgen.

Financed as a 70-30% joint public and private participation, the public portion is facilitated through a local bond issue and a tax-exempt lease purchase

(TELP) arrangement and the private portion is augmented by a federal investment tax credit (ITC). Depending on the acreage of the solar panel “farm” the cost can exceed $10M but generate cash funding “well in excess of Norfolk’s annual budget,” according to Reudgen. “Now and for years to come,” he added.

Reudgen has identified a large tract of land in Norfolk that is adjacent to the town transfer station and “unobtrusively hidden out of sight” for the location of the solar panel installation. The initiation of this project would be one of Reudgen’s first official acts if he wins the Norfolk election on November 7th.